To pay your membership dues online, fill out our easy online form and you’ll be directed to our PayPal page to complete the rest of the transaction. Pay Now
Become A Member

Why Join the PBA?

The only police organization in Palm Beach County with the resources to defend officers acting in the scope of their employment. Join Today
Member Update

The Palm Beach County PBA takes great pride in staying in touch with our members.  The information above is going to be used to and update our member database. Update Now
Make A Donation
The PBA Charity Fund, Inc. has helped many children. It is a federally recognized charitable organization [501(c)(3)]. Contributions to the fund are fully tax deductible. Donate Today! 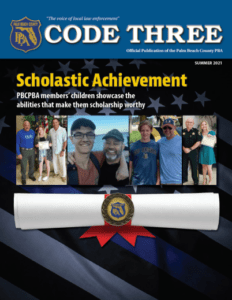 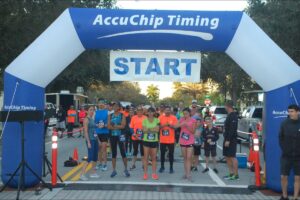 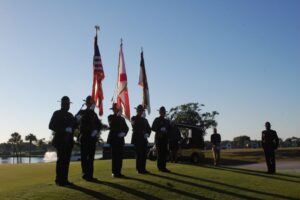 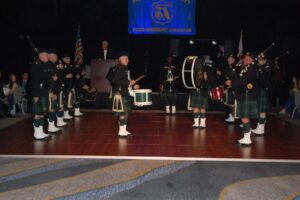 Members, please be advised that the Emergency Number (561) 371-7200 is for CRITICAL INCIDENTS ONLY. Our attorney(s) should ONLY be contacted after hours for critical incidents; that is, an officer-involved shooting, an in-custody death, an on-duty vehicle accident with injuries or if Internal Affairs investigators are responding right now to an incident. Any matter that is NOT a critical incident, please contact the PBA Office (561)689-3745 during regular business hours.

Thank you!!! What a great turnout Friday night raising money for #GreggNewton at Charlie's Neighborhood Bar & Grill. The wait staff worked extremely hard taking care of everyone and did a fantastic job. The #PBAGrillers took care of great food once again. Raffles, Auctions, Community, Charity. Thank you to all our volunteers for helping out! ... See MoreSee Less

Thank you ALL for everything you did for my husband. This event was better medicine than any treatment!🙏

Boy….. what a night. Best turnout yet in Martin County. Everything turned out great. 🍗🍔🍷🥃🍺

What a wonderful way to show support!

Your efforts to help my son are greatly appreciated. Thank you all.

So proud to be part of MCSO family.. May God watch over us all🙏❤️

Great night for a great man.

Great night for a great cause!!!

EVENT RESCHEDULED for 11-14-21 due to 58% chance of rain on Sunday. Don't forget, this is a good cause and a great time. For more information on sponsorship opportunities or any other information contact Heidi Schalk at 561.385.1500. ... See MoreSee Less

Join us congratulating Delray Beach Police Department Detective Anthony Sala...During the DBPD Quarterly Awards Ceremony, Detective Anthony Sala was awarded the 2021 ASIS Detective/Investigator of the Year Award for his tenacity and involvement in solving a tragic drive-by shooting that had resulted in a victim succumbing to their wounds and a suspect fleeing the scene of the crime.

Sala's tenacity and dedication led him to interview many residents within a three block radius of the crime scene and acquire information about an ongoing feud in the area, which helped uncover a potential suspect. Through countless hours of work, Detective Salas was able to secure surveillance video in the area that captured the shooting and suspect vehicle. With further investigation he was able to secure a warrant for the suspect's arrest, and help bring justice to the victim's family.

Detective Sala was honored with the Asis award not only for his involvement with the drive-by shooting case, but also for the strenuous circumstances and challenges that the year 2020 presented to him.

For the duration of 2020, Detective Sala was assigned to the Delray Beach Police Department's Crimes
Against Persons Unit. Normally he would be on call 24 hours a day for approximately a quarter of the year. Unfortunately, due to COVID, staffing was reduced for the majority of 2020, and Sala ended up covering double the normal number of callouts. For the year, he was formally assigned 98 cases, and helped investigate countless more. During that year, he was also the lead Investigative Field Training Officer for two new detectives, who are currently thriving in the unit.

Despite having many responsibilities, Detective Sala also makes time to volunteer and partake in Delray Beach community events.

There is no doubt, Detective Anthony Sala is a quintessential team player in the Investigative Division and is a great asset to the Delray Beach Police Department. He shows exceptional commitment to the DBPD mission of being #OneDelrayOneCommunityOnePoliceDepartment. #TEAMDelray

PBSO contracts are now available for download on the website and are being sent out for printing. Stay tuned for pick up dates for the contracts. ... See MoreSee Less

The Bus is here, the PBA would really appreciate your participation!! ... See MoreSee Less